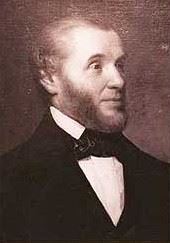 During 1869, New York City merchant millionaire Alexander Turney Stewart set out to create a place that embodied his ideals, his wisdom and his wealth. The widely known business genius purchased 10,000 acres of Hempstead Plains on Long Island. There, at almost 70 and with no children, Stewart began creating his legacy...his Garden City.

One of America's earliest planned villages, Garden City was developed with wide avenues, hundreds of trees and shrubs, sixty well-built homes on spacious lots, a handsome hotel on a 30-acre park - all reached via its own railroad line, A.T. Stewart's Central Railroad of Long Island.

When Alexander Turney Stewart died in 1876, his wife, Cornelia, built the landmark Cathedral of the Incarnation, Bishop's Residence and two church schools in memory of her husband. She agreed to deed these properties to the Episcopal Church of Long Island with one provision - that her husband be entombed in the Cathedral. They agreed. After Mrs. Stewart's death in 1886, her heirs formed the Garden City Company in 1893 to continue the orderly development of the Village. For many years there was little change in the original Village's overall dimensions.

In 1907, a period of explosive growth was ushered in with the building of Garden City Estates. Three years later, the Garden City Company developed another tract known as Garden City East.

In September 1919, three sections of the Village were incorporated under an unusual and highly successful non-political form of government called the Community Agreement. This Agreement was modified in 1931 to include the newly developed Western Section of the Village.

For more than one hundred years, Garden City has grown and flourished and, to this day, remains one of the most desirable residential communities in the country.

Learn more about the role of our Village Historian.